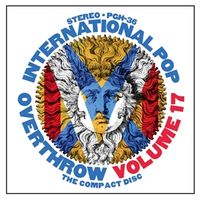 As we head into the spring of  2019, I hope you join me at the wonderful venues I’m lucky enough to play in and around Austin. I’m doing solo shows (covers, originals, or a mixture of both), and also playing guitar in Neal Mehta’s band.

Check out the calendar to find out where I’m playing.

Hope to see you!

I'm excited to share with you that my tune "No One Has To Know" is included on volume 17 of the International Pop Overthrow CD. I received a nice shout out in the review from Powerpopaholic.com:

Thanks so much to Powerpopaholic for the kind words!

Who is Chris Smith?

After formally training in guitar, Chris played in bands around the San Francisco Bay Area, while honing his engineering and session instrumentalist chops at local studios in the mid-90's. This was a time of intense change for recording technology, and Chris was fortunate to get involved early enough to spend hundreds of hours in tape based studios prior to the ascension of computer based recording. As current trends in recording harken back to this time as a new golden age of recording, Chris is able to use this experience with analog technologies to blend modern recording techniques with those of the past.

The same can be said for Chris's singing and songwriting, with a look toward the modern while never forgetting the rich texture of the songs of our youth, and those of our parents' younger days, too. Melody is king, and simple chord progressions are used when appropriate, and complex ones are used when the melody requires complex harmony. To Chris, the song is a whole work, not just a repeating chord progression with a random melody stuck on top.

As a guitar player, Chris is well versed in modern rock, pop, blues, and country styles. This versatility keeps him busy in several Austin area projects. He also plays his originals in and around Austin, and fills up the rest of his gigging calendar with cover shows, to keep his musicianship sharp without resorting to a mundane rehearsal schedule.